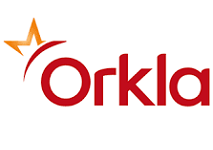 Orkla ASA has announced that it has signed a new agreement to manage PepsiCo’s brands in Northern Europe.

In a statement, the company said that it had begun sales of Tropicana juice in Sweden and Denmark in January 2015, followed by Finland in April. The new agreement also covers Tropicana in Norway, as well as Quaker in the Nordics, and PepsiCo’s snacks in Norway, Sweden, and Finland.

Peter A. Ruzicka, President and CEO of Orkla ASA, commented: “We are delighted that PepsiCo has chosen Orkla as their primary go-to-market partner for their juice, cereals, and snacks products in the Nordics. The distribution agreement with PepsiCo is an important step for Orkla in order to become a leading branded consumer goods company. Partnering with PepsiCo’s global brands, Orkla will build stronger presence in the breakfast market and the snacks category”.

Björn Bernemann, General Manager for PepsiCo Nordics, added: “The Nordic markets are very important for PepsiCo and the announcement of our partnership with Orkla marks a step-change for our business [..] In Orkla we have found a partner with shared values, a complementary portfolio and an excellent go-to-market organisation. Together we are perfectly positioned to drive growth in the Nordics”.

The new agreement will be effective fom January 2016.