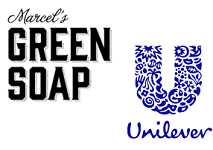 Drie Hoek is a traditional ‘green’ soap brand dating back over 100 years and is primarily sold in the Netherlands. Described as being made from plant ingredients such as linseed and rapeseed oil, Drie Hoek cleaners come in liquid and solid forms and are sold in distinctive yellow and green packaging.

Following the change of ownership, manufacture of the product line will shift from a Unilever facility in Denmark to Marcel’s Green Soap’s own production base in Etten-Leur, Netherlands.

Commenting on the acquisition, Marcel Belt stated that his intention was to drive the growth of the brand by highlighting its ‘green’ qualities.

“Driehoek aligns perfectly to our mission”, he said. “Unilever never made much noise about it, but Driehoek is a totally sustainable product”.