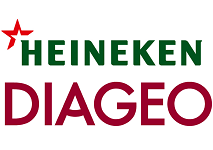 Heineken, the world’s third biggest brewer by volume, has announced that it has entered into a partnership with global spirits firm Diageo to realign its ownership interests in a number of emerging markets.

The deal sees Heineken take control of Desnoes & Geddes by acquiring Diageo’s 57.9% shareholding and also gives the firm full ownership of GAPL. Desnoes & Geddes  is engaged in the brewing, bottling and distribution of beers, stouts and spirits in Jamaica and the wider Caribbean region, while GAPL owns 51% of the issued share capital of GAB; GAB produces and sells a portfolio of beers and non-alcoholic malt beverages, including Tiger, Anchor, Guinness and Malta.

In addition, Heineken said it had sold its 20% ownership stake in Guinness Ghana Breweries Limited to Diageo.

In a statement, Heineken asserted that the transaction was mutually beneficial and would allow both parties to concentrate their resources in the individual markets, whilst at the same time providing a framework for ongoing, long-term cooperation.

Commenting on the transaction, Jean-François van Boxmeer, Heineken CEO and chairman of the executive board, said: “Today’s transaction represents another important step towards ensuring that our portfolio of assets and participations is optimally structured to support our strategic agenda. Having greater commercial control in the important regions of South-East Asia and the Caribbean will allow us to maximise the strong potential of our brands in these growth markets. Our close collaboration with Diageo has been very productive over the years and I would like to thank them for their valued partnership”.

According to Reuters, the value of the deal is $780.5 million.