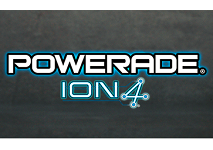 Coca-Cola South Pacific has announced the launch of a new version of its Powerade sports drink in Australia, in move described as the brand’s “biggest reformulation since 2006”.

According to Australian Food News, the new formula has been named Powerade ION4, with Coca- Cola saying it contains 5% more electrolytes than the current version.

The publication also went on to say that the the launch would be supported with a multi-million dollar media campaign featuring National Rugby League players and aligned with the 2016 Rio Olympics.

Group marketing manager of hydration at Coca-Cola Pacific, Tracey Evans, spoke of the re-launch by saying: “The growing popularity of sports drinks drove the decision to change Powerade’s formula. In the booming sports drink category what has become apparent is that innovation and exclusive partnerships are driving transactions”.