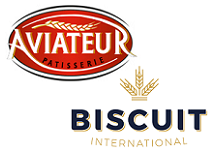 Biscuit International, the France-based bakery firm, has acquired cake and biscuit firm Aviateur for an undisclosed sum, according to reports in the Dutch media.

Both Biscuit International and Aviateur predominantly manufacturer private label products, although Aviateur also has a retail line under a namesake brand.

Based in Broek op Langedijk, Aviateur is said to produce 6 million small cakes and biscuits each day, with annual turnover of €105 million ($119 million) in 2010. According to its website, Aviateur manufactures a broad range of large and small format cakes, biscuits, pastry tarts and Dutch syrup waffles. It currently exports to 35 countries around the world.

One of Europe’s leading biscuit manufacturers, Biscuit International operates 14 plants and has annual turnover of €400 million ($452 million). Most recently, it acquired Arluy, Spain’s fifth largest producer and distributor of biscuits, through a deal announced in August 2018.