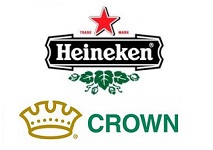 Heineken, the world’s third-largest brewer, has signed an agreement to sell Empaque, its packaging arm, to the American food packaging company Crown for $1.225 billion.

As part of the deal, which is awaiting approval from the relevant authorities, Empaque will continue to be the packaging supplier for Heineken through a long-term contract.

Reuters reports that Empaque – acquired by Heineken in 2010 –  last year generated revenue of $660 million and EBITDA of $130 million.

With the sale of Empaque, Heineken said it would make a post-tax gain of about €300 million ($394 million) and would allow it to focus more on the production and distribution of its beers.

Foo packaging company Crown, which is based in Philadelphia, is a leading manufacturer of metal containers with operations in 40 countries.