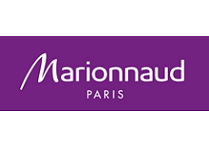 To emphasise its connections with the French capital, the company is changing its name from Marionnaud to Marionnaud Paris. The move is intended to boost its prestige in international markets.

Meanwhile the company has also unveiled a new media campaign designed to attract a younger and more fashionable clientele. The campaign includes a YouTube video highlighting the company’s 30 year history, as well as a “beauty truck” that will visit locations around Paris between the end of September and the beginning of October offering makeovers and beauty advice.

“Through this significant campaign, with its digital / 360° emphasis, the company is paying homage to the beauty and unfailing loyalty [of its clients]”, commented Eileen Yeo, managing director of Marionnaud France. “Marionnaud remains France’s preferred perfumery chain and benefits from the most loyal customers. Our goal is to reinforce this trust as well as to attract new customers looking for beauty advice and inspiration”.