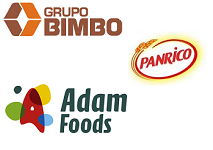 Mexican bakery firm Grupo Bimbo has reached an agreement to sell the bread brands of Panrico and other assets in Portugal, Spain and Andorra, including production units, to Iberian food group Adam Foods, according to a report in Jornal De Negocios.

The move is a result of a change to Bimbo’s previous acquisition agreement in relation to the Panrico business, which had excluded bread products in order to avoid anti-trust issues in Spain. Bimbo has now agreed to sell all of Panrico’s bread assets, such as production patents and licenses to market the products in Italy, Germany and France, to Adam Foods. The agreement also includes Panrico’s production units in Gulpilhares in northern Portugal and Teror in the Canary Islands.

Bimbo and Adam Foods expect the transaction, the value of which ​​was not disclosed, to be completed by the end of 2016.

Adam Foods is present in Portugal and Spain with brands such as Cuetara, Artiach and La Piara.