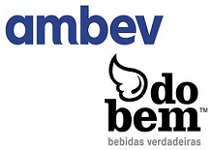 Ambev, the Brazilian beer and soft drinks firm, has officially announced the acquisition of Brazilian juice brand Do Bem, according to reports in Giro News and Globo.

The official confirmation puts to an end a number of months of speculation about a possible deal, although no figures have been disclosed and it is currently unclear whether the transaction involves the entirety of the Do Bem business or just a controlling stake.

According to reports, Do Bem commented that existing staff would “continue to lead the business”. Meanwhile Ambev observed that the main aim of the acquisition was to “expand and strengthen the role of the company’s non-alcoholic beverages division”, in particular enabling the company to move into the fruit juice category.

Founded in 2007 in Rio de Janeiro, Do Bem has operations in France, Spain and Portugal. The company produces juices, packaged tea and cereal bars and has an annual turnover in the order of R$200 million ($57 million).