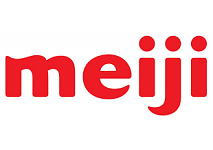 Meiji, the Japanese food and pharmaceutical firm, plans on investing $47.9 million in order to expand capacity for functional yoghurt within its domestic operations.

According to a report in FoodBev, the company will add an additional production line for the manufacture of the company’s functional yoghurt drinks at its Toda plant north of Tokyo, with the expectation that it will be operational by the end of December.

Meiji said it was expanding areas of its business that promote better-for-you products as part of a two-year plan to increase healthy eating.

“Meiji expects that increased health awareness and understanding of the functional value of lactobacillus among consumers will lead to continuous growth for the market”, the company is quoted as saying.

Meiji focuses on dairy products such as milk, yoghurt, cheese and ice cream as well as additional categories including chocolate, baby formula, whey protein and pharmaceuticals.