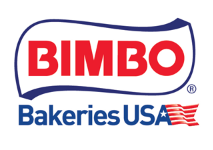 The US division of bakery firm Bimbo is to close two production facilities by early 2017, according to a report in Food Business News.

The firm’s Lubbock, TX facility is set to close by early January, Bimbo said, with production shifted to Rockwall, TX. The plant, which makes bread and buns, was initially acquired as part of Bimbo’s purchase of Mrs Baird’s in 1998.

Elsewhere, Bimbo’s facility in Sunbury, PA, acquired when the firm bought Sara Lee’s North American Fresh Bakery business in 2011,  has also been slated for closure. As a result, the company said it would shift production to other bakeries throughout Pennsylvania.

“Making the decision to close a facility is never an easy one”, said Wayne Sager, vice-president of region operations for Bimbo Bakeries USA. “After careful analysis and consideration, we determined it is most efficient to redistribute production to other bakeries in our system to better meet market demand”.