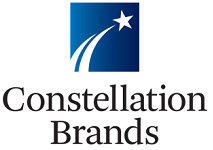 Constellation Brands, the US alcoholic drinks firm, has agreed to a deal to buy a brewing facility from Grupo Modelo, an Anheuser-Busch InBev subsidiary, at a cost of $600 million.

The Obregon brewery is located on Mexico’s west coast in the state of Sonora, and will help service Constellation’s largest beer markets in the western US, the firm said.

Rob Sands, president and CEO of Constellation Brands, said: “We believe this is the right strategy to provide near-term capacity and greater flexibility to support our growth and innovation plans, while allowing for the buildout of our Mexicali brewery over an extended time period”.

An announcement to build a new 20 million hectolitre brewery in Mexicali was made at the start of the year.