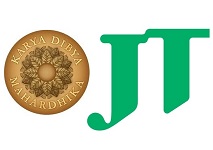 Global tobacco firm, Japan Tobacco has announced the acquisition of kretek cigarette company Karyadibya Mahardhika and its distributor for $677 million, in a deal that will see it buy 100% of the outstanding shares in the Indonesian firm.

Japan Tobacco said the acquisition would “give the JT Group immediate scale and presence on a nationwide level in the Indonesian kretek market”.

Indonesia is described as the world’s second largest tobacco market and one which is dominated by kretek cigarettes, which are made with the spice clove as well as tobacco.

Mutsuo Iwai, executive vice president and president of the tobacco business at Japan Tobacco, said: “This will be an important expansion of our geographic footprint in emerging markets for our future sustainable growth. Notably, this is our first significant acquisition in South-East Asia and an excellent opportunity for us to further develop our business in a thriving region”.

It is reported the deal will be completed in the October-December quarter.