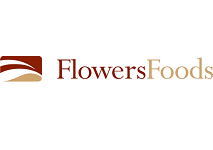 Flowers Foods, the US bakery business, has revealed plans to close a production facility in Winston-Salem, NC “to improve the profitability of its Warehouse segment”.

The move was announced in a statement of Q2 results, with the firm saying that “sweet baked goods production will shift to more efficient Flowers’ snack cake bakeries”.

According to Triad Business Journal, company officials noted that the “major reasons for this business decision are outdated equipment and insufficient volume to justify keeping the bakery open”.

Warehousing was the weaker performing of Flowers Foods’ two business segments in the second quarter, with sales declining 10.4% to $133.7 million versus the previous year.

The Winston-Salem plant is set to close on 8th September with up to 169 staff affected.