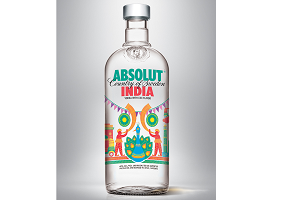 Featuring a combination of mango and pepper, Absolut India is oriented towars the Indian palate, according to reports. The flavour blend is described as “marrying the sweetness of mango with the bite of pepper” for “a smooth, mellow flavour with a spicy aftertaste”.

The new flavour blend is complemented by a pack design from artist Shaheen Baig. The Deccan Chronicle reports that the design features a brightly-coloured array of iconic motifs from all over India. It was first announced that Pernod Ricard would set up a design competition for a new limited-edition India version in July last year.