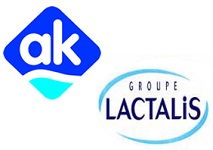 Yildiz Holding, the largest food group in Turkey, has made an agreement to sell its AK Gida dairy unit to French food giant Lactalis.

According to local reports, Lactalis will take an 80% stake in Istanbul-based AK Gida at an estimated value of $800m and Yildiz’s stake will decrease from 33% to 10%.

Speaking to Dairy Reporter, Michel Nalet, a Lactalis spokesmanm, said: “It’s a great opportunity for Lactalis to enter a big milk market”, adding: “It’s a country with a great deal of dairy tradition”.

Lactalis is the world’s number one dairy producer, active in 70 countries worldwide and with an annual turnover of over €16 billion ($18 billion).