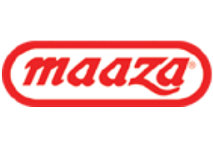 Soft drinks giant Coca-Cola is launching a new variant of its Maaza mango juice drink which will be sold under the name Maaza Gold, according to a report in the Economic Times.

Maaza Gold is described as being a thicker and smoother version of the traditional mango drink, which has been available in India since the 1970s and which was acquired by Coca-Cola in 1993.

The firm said the launch was part of a strategy to turn Maaza into a billion dollar brand, and would also mean sourcing more mango pulp from the Indian market.

Commenting on the launch, Srideep Kesavan, Coca-Cola India & South West Asia Director of Marketing – Juices, said: “With the launch of Maaza Gold, the company is expanding its product portfolio in line with consumers’ taste. The company at the same time is also accelerating Maaza’s journey towards becoming a homegrown billion dollar brand by 2023.

The move’s follows Coca-Cola’s recent move to establish another of its brands – Thums Up – as a ‘billion dollar’ brand, with the launch in November of a high-carbonation cola called Thums Up Charged.