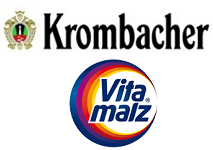 German brewer Krombacher has announced that it has completed the acquisition of Vitamalz, an alcohol-free malt beverage, with effect from 16th September.

The deal sees Krombacher take full ownership of Vitamalz, a firm in which it had previously held a 47% stake.  The Kreuztal-based beermaker said that it had been the sole licence holder of the Vitamalz brand since July, and that the purchase marked the next important step in developing its alcohol-free market strategy.

Commenting on the deal, Krombacher marketing director Uwe Riehs said: “We are delighted to have been able to strengthen our portfolio with such a popular and nationally renowned brand as Vitalmalz. We have big plans for Vitalmalz!”

Vitalmalz is a traditional alcohol-free malt drink that dates to the 1930s. Krombacher stated that it was giving the brand a “new start”, including through a revamped pack design and the launch of a new marketing campaign.