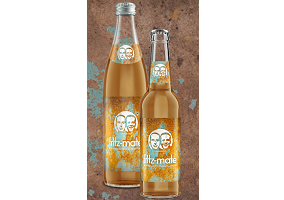 Fritz Kulturguter, a Hamburg, Germany based firm known for its primarily cola-based soft drinks, has expanded into ready to drink tea with a new carbonated mate tea launch, according to a report in About Drinks.

Fritz Mate Tea is described as a spicy and smoky-tasting vegan ready to drink tea based on green mate extract from dried mate leaves. Containing 25mg caffeine per 100ml, it is claimed to offer “unique flavour” and to have a stimulating effect.

Source: Fritz Kulturguter (via About Drinks)