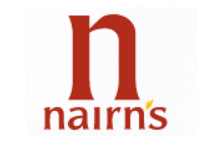 Scotland-based bakery firm Nairn’s is to open a new gluten-free manufacturing operation in Newtongrange in October of this year, according to a report in Scottish Business News Network.

The facility is being built with a £6 million ($8 million) investment as the firm’s current site has reportedly reached capacity, allowing no room for future growth.

Commenting on the move to Just Food, export sales manager Katie Birrell said that the new factory “will be considerably larger” than the group’s existing plant, and its product processes “much more automated”.

Speaking earlier in the year, managing director Martyn Gray said: “Production at our current site has reached a ceiling, with no scope to grow. We need the greater capacity and lower cost base which the increased automation at the new site give us, to secure and develop the long term sustainable future of the business”.

Nairn’s is currently the 2nd biggest producer of gluten-free foods in the UK, having entered the sector in 2010, according to the Scottish Business News Network.