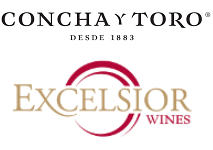 Excelsior Wines is the exclusive distributor of Concha y Toro as well as its Argentine property Trivento in North America. It also markets the Little Black Dress and Five Rivers lines of Californian wines.

According to the Chilean firm, the acquisition represents an investment of $40.5 million, $20 million of which has been paid up front in cash. The balance is to be cleared within one year of the first payment.

Commenting on the investment, Vina Concha y Toro said: “The benefit of the transaction lies especially in the savings and synergies that are implicit in bringing the distribution of all of the company’s brands in the United States together in a single operation”.