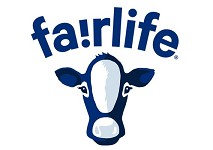 Coca-Cola, the global soft drinks giant, has announced plans to bring its milk brand Fairlife to Canada, including the construction of a production facility in the country.

Canada will be the first country outside the US where Fairlife milk will be available.

Shane Grant, president of Coca-Cola’s Canadian business unit, said: “We’re thrilled to be adding fairlife Ultrafiltered Milk to Coca-Cola’s growing and diverse portfolio of beverages here in Canada. This announcement is a significant step in our journey to be a total beverage company and offer Canadians a beverage for every part of their day”.

The new manufacturing site will be constructed in Peterborough, ON at a cost of $85 million and will produce Fairlife Ultrafiltered Milk in Fat Free, 2%, Whole and Chocolate varieties. The plant is set to be supplied by Ontario dairy farmers and is due to be operational from 2020.