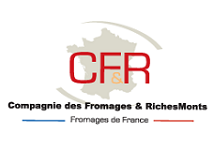 Compagnie des Fromages & RichesMonts (CF&R), a subsidiary of dairy giants Savencia Fromage & Dairy and Sodiaal, has announced plans to shut a cheese plant in Coutances, France with the loss of up to 86 permanent jobs.

The firm is one of the leading players in the European soft cheese market, offering products such as brie and camembert under the brands Coeur de Lion and Le Rustique. Le Rustique is described as the number one brand of premium camembert in France, the UK, Germany and the Netherlands.

Commenting on the move, Mickaël Morin, director at CF&R Coutances said: “Faced with a declining soft cheese market, we have excess production, and we cannot continue manufacturing only three days per week. The soft cheese market has been declining for around 15 years and this decline has accelerated over the past four years. Currently the market is dropping by 4% per year”.

The closure of the Coutances factory will reduce the total number of CF&R sites in France to eight. The firm currently operates four sites in Normandy, two in Lorraine and three in Auvergne.