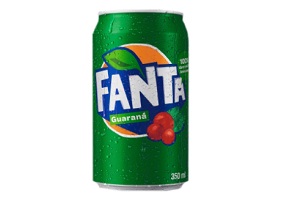 Coca-Cola has introduced a new guarana flavour of its Fanta soft drink in Brazil.

According to Coca-Cola, the new Guarana Fanta is the first to reach the market containing guarana that is 100% certified as being sourced from the Amazon.

Flavio Camelier, vice-president of operations at Coca-Cola Brasil, said: “Our goal is to make Fanta a leading brand. After a five-year period focusing on sponsoring the World Cup and the Olympic Games through the Coca-Cola brand, we announced a R$3.2 billion ($971 million) investment in 2017, of which the Fanta brand received a significant proportion”.

The new variety joins existing Fanta flavours of Orange and Grape and is already available throughout the country. A Zero Added Sugar version will also be launched in September.