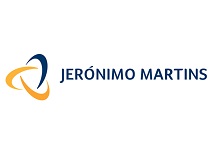 Portuguese retailer Jeronimo Martins has announced plans to expand by opening its 16th distribution centre in Poland as well as opening new stores in the country.

The new distribution centre for the group’s supermarket chain Biedronka is expected to open in Q3 2017 and to be located in the western region of Poland. According to sources, it will cover 28,000 sq m and it will create 250 jobs.

The retailer also plans to open 100 new Biedronka stores in Poland this year, 11 of which have already been opened since Q1 2017.

The health and beauty chain Hebe, will also receive an investment of €10 million,  to open new stores.