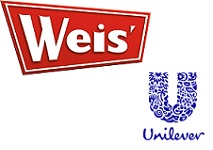 Unilever, the Anglo-Dutch FMCG firm, has announced it is consolidating production of Weis ice creams in Australia at its site in Minto, New South Wales, meaning the long-standing Weis factory in Toowoomba, Queensland will close.

Unilever acquired the Toowoomba site as a result of its acquisition of Weis ice cream in 2017.

The Toowoomba plant will finally close in December 2020 following a “gradual transition”, the company added.