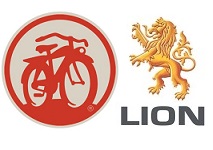 Lion Australia, the Kirin-owned drinks firm, has announced it has stepped up its presence in craft beer with the acquisition of independent US-based beermaker New Belgium Brewing, via its  Lion Little World Beverages division.

Established in 1991, New Belgium Brewing is said to have grown to become a leading craft brewer, marketing brands such as Fat Tire Amber Ale and Voodoo Ranger IPA, and operating breweries in Fort Collins, Colorado and Asheville, North Carolina.

Lion said that, while it had a significant craft beer portfolio in other markets, up until now it had only a limited presence in the domestic US craft beer market. With presence in all 50 states,  New Belgium Brewing would provide Lion Little World Beverages with immediate scale in the world’s largest craft beer market, the company added.

Commenting on the deal, Lion CEO Stuart Irvine said: “Kirin has entrusted Lion with leading its global craft beer strategy and today’s announcement is an important milestone for all of us as we look to drive growth in markets beyond Australia, New Zealand and Japan”.

The deal value was not disclosed.