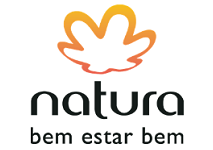 L’Oreal, the global personal care giant, has announced that it has signed a contract for the sale of The Body Shop to Brazil-based Natura Cosmeticos.

The French firm announced earlier in June that it was in “exclusive discussions” with Natura Cosmeticos over a potential deal, which valued The Body Shop at an enterprise value of €1.0 billion ($1.1 billion). Speculation regarding a possible sale first surfaced in February, although the buyer was not identified at that stage.

Natura Cosmeticos is described as Brazil’s number one cosmetics manufacturer, and the country’s leader in the direct sales sector. The company employs around 7,000 staff in Brazil, Argentina, Chile, Mexico, Peru, Colombia and France.

The Body Shop is a UK-based chain of ethically-focused health & beauty retailers and has been owned by L’Oreal since 2006.

Commenting on the deal when it was first announced, L’Oreal chairman and CEO Jean-Paul Agon said: “I am very pleased to announce Natura as the potential new ‘home’ for The Body Shop. It is the best new owner we could imagine to nurture the brand DNA around naturality and ethics. Natura will support The Body Shop development in the long-term and enable The Body Shop to best serve its customers while respecting its strong commitments towards its employees, franchisees and stakeholders”.

The proposed sale, which is expected to close during 2017, is still subject to clearance by anti-trust authorities, notably in Brazil and the USA.