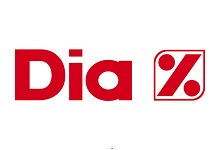 Spanish retailer Dia is planning to expand in Brazil and Argentina.

According to Reuters Brasil, the group announced that it plans to open 1,500 new stores in Brazil and 1,100 in Argentina by 2020, as a result of strong organic growth in Latin America.

Currently, Dia has 1,000 stores in Brazil and more than 7,000 stores worldwide. It is present in Portugal and China as well as Spain, Argentina and Brazil.

Commenting on other strategy areas, Dia said it expected to grow its online sales by more than €120 million ($134 million) by 2020. “Dia is committed to being the best online supermarket in the Spanish market, and converting its more than 4,000 stores in Spain as a point of contact for additional services and online commerce of non-food products”, the company said in a statement.