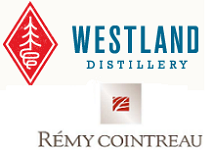 Remy Cointreau, the French alcoholic drinks firm, has announced that it has agreed to acquire US whiskey manufacturer Westland Distillery. Terms of the deal were not disclosed.

Commenting on the move in a press release, Remy Cointreau described Westland Distillery as being “firmly committed to pushing the category of single malt whiskey forward by utilizing new varietals of barley and oak, exploring concepts such as terroir, and championing distinctiveness”, adding that the investment would allow it to expand its portfolio further into the fast growing high-end single malt whisky category.

The transaction is expected to close before the end of the year.