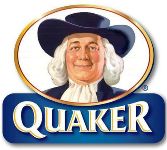 Cereal company Quaker Oats has agreed to remove trans fats from its Oatmeal to Go and Instant Quaker Oatmeal products by the end of next year after agreeing to settle on long-running litigation over its product labelling and trans fat content.

The company, which is part of the PepsiCo group, said that it would now reformulate its oatmeal line to remove all partially hydrogenated oils, a move which is estimated to cost the company around $1.4 million. Plaintiffs in the case had argued that, due to the trans fat content, marketing of the products as “healthy” and “wholesome” had been “misleading” and “false”.

As part of the class action settlement, Quaker will also stop making the statement “contains a dietary insignificant amount of trans fat” on the label of any of the products it makes if the product contains over 0.2 grams of artificial trans fat per serving. It will not reintroduce fats into its oatmeal or include them in its chewy cereal bars, it is reported.

According to plaintiffs, Quaker had violated the Consumers Legal Remedies Act, False Advertising Law, and the Unfair Competition Law, designed to protect consumers in the US state of California.