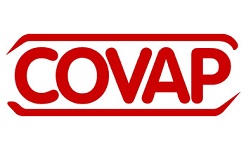 The new 1.5 litre format comes in a range of designs based on popular Avengers superhero characters, including Iron Man, Captain America, Hulk and Thor.

In addition to the new design, the 1.5 litre format is said to have a number of ergonomic advantages. These include a wider cap that is claimed to make the milk easier to pour, and a new, space-saving format that is designed to be easier to store and recycle. The pack is also said to have improved preservation, maintaining the properties of the milk for longer.

Cowkids Chocolate Milk is a semi-skimmed milk drink that is described as high in protein, and which claims to use special production methods to maintain a quality and flavour that is comparable to regular fresh milk.