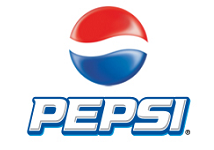 PepsiCo is diversifying its Pepsi cola range with the launch of a new brand, Pepsi True.

Pepsi True is a new stevia-sweetened product that will be available exclusively for online purchase on Amazon. With 30% fewer calories than standard cola, Pepsi True hits shelves shortly after the launch of the stevia-sweetened Life brand from rival Coca Cola,  and two years after the launch of Pepsi’s own mid-calorie brand Next. Although sweetened with stevia in a number of other markets, Pepsi Next’s formulation in the US contains a mix of high fructose corn syrup and the artificial sweetener Acesulfame K.

Simon Lowden, chief marketing officer at Pepsi Beverages North America, said Pepsi True captured the “true taste of the cola” and harkened back to a time when colas used real sugar. Commenting on the challenge of recreating the taste of standard Pepsi, he said: “It’s taken us three years to get to a place we feel good about, no one is willing to give up on taste. Taste is king”.

Pepsi True will be sold on Amazon.com from mid-October in 24-packs of 7.5oz cans.