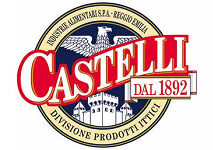 Nuova Castelli, the Italian cheese maker soon to be owned by Lactalis, is closing its lone manufacturing facility in the USA, according to a Just Food report.

Closure of the facility, which is located in Blockville, NY, could lead to up to 67 job losses, US media outlets say. The company has only been operating the factory, which was previously the Empire Specialty Cheese manufacturing plant, for three years, having acquired it in 2016. Up to $8 million dollars is said to have been invested in the site in recent years on upgrades to equipment, building structure and waste treatment.

The decision to shutter the plant reportedly comes after the company lost two key customers.

Nuova Castelli, which makes traditional Italian cheese including parmesan, gorgonzola and mozzarella, also operates facilities in Italy, the USA and Hungary. It will retain a presence in the US through its distribution centre in New Jersey.