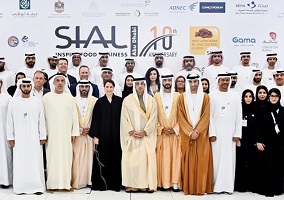 Once again, halls were packed with a diverse array of food and drinks products from all around the world, giving an indication of the new tastes and concepts set to land on grocery shelves and restaurant menus in the UAE in the months to come. The event drew 23,000 industry delegates from more than 50 countries, representing an uptick of 13% from 2018, and an increase of 30% on 2017. Meanwhile floorspace increased 22% from the previous edition to reach 22,000 sq m, with over 1,1000 exhibitors taking advantage of the opportunity to showcase their portfolios to an international audience. 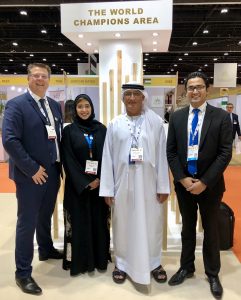 The 2019 edition saw the return of traditional features such as the UAE National Coffee Championships, the Abu Dhabi Date Palm Exhibition and the SIAL Innovation Zone, as well as La Cuisine and Roaming Chefs, focused on the gastronomy sector.  This year also saw the first ever edition of the Gahwa Championships, organised by the Department of Culture and Tourism – Abu Dhabi, designed to revive the heritage and traditions of Arabic coffee as an important aspect of the region’s culture. 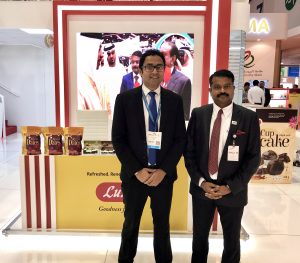 Out on the show floor, an intent to address specific health concerns with low sugar, ‘free from’ and nutraceutical options was much in evidence, while dates continued to push the boundaries, exploring new opportunities in the health and beauty space.

SIAL Middle East, which is organised by ADNEC, in collaboration with Comexposium and via a strategic partnership with The Abu Dhabi Agriculture & Food Safety Authority, is part of the broader ‘family’ of SIAL trade shows whose flagship event is the internationally-important SIAL Paris, held in France every two years.

Read more about SIAL Middle East in the next issue of Gama News.