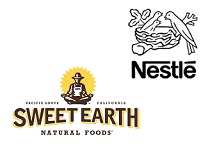 The US arm of FMCG multinational Nestle has announced that it has agreed to acquire Sweet Earth, a plant-based foods manufacturer based in Moss Landing, CA, USA.

Nestle said the acquisition gave it an immediate entry into the plant-based foods segment, which is experiencing double digit growth is and expected to become a $5 billion market by 2020.

Sweet Earth operates a 40,000 sq ft facility at its Moss Landing headquarters, manufacturing 48 different product lines that are based on plant-based proteins such as seitan, tofu, lentils, chickpeas and beans.

Commenting on the deal, Nestlé USA Chairman and CEO Paul Grimwood said:  “In the United States, we’re experiencing a consumer shift toward plant-based proteins. In fact, as many as 50 percent of consumers now are seeking more plant-based foods in their diet and 40 percent are open to reducing their traditional meat consumption. One of Nestlé’s strategic priorities is to build out our portfolio of vegetarian and flexitarian choices in line with modern health trends. With unique and nutritious food for all times of the day, Sweet Earth gives Nestlé a leading position in this emerging space”.