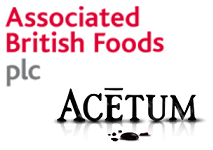 Associated British Foods (ABF), the UK manufacturer of bakery, sugar and other grocery products, has unveiled the acquisition of Acetum, described as the leading Italian producer of Balsamic Vinegar of Modena, subject to competition clearance.

Announcing the move in its latest trading update, the company said it had “ambitious plans” for the newly acquired firm and its brands. “The acquisition will broaden our international presence in speciality foods”, it said.

Acetum’s brands include Mazzetti, which is the leading brand in Germany and Australia, as well as Acetum and Fini. It also produces a range of apple vinegars and other condiments and sells its products to more than 60 countries around the world. In the year ended 31st December 2016 the business generated net sales of €103 million ($123 million).

Acetum was previously 80% owned by Italian investment fund Clessidra, whose managing director Matteo Ricatti said: “”We are delighted to have reached this agreement. We also feel privileged to have accompanied Acetum in its transformation from an entrepreneurial to a managerial organisation. The acquisition by ABF marks a new era for the company”.