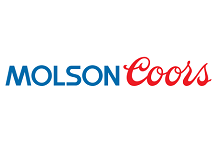 Molson Coors, the North American brewer, has announced it is planning to close its factory in Irwindale, CA, with production scheduled to cease by September.

The firm said the move followed its recently-announced plans “to revitalize and restructure the business to get back on track”.

Molson Coors added that it had entered into an agreement with rival brewer Pabst, giving them an option to purchase the facility for around $150 million.

The Los Angeles Times reports that Molson Coors has suffered as the result of declining sales of light beer over a number of years, as consumers switch to craft beer and other categories such as FABs.

Commenting on the news, Molsoon Coors chief integrated supply chain officer Brian Erhardt said: “This move will allow us to optimize our brewery footprint while streamlining our operations for greater efficiency across the network. While it was a very difficult decision, we have extra capacity in our system and Irwindale’s production can be absorbed by other breweries in our network”.