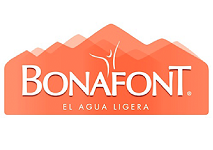 Danone, the global dairy and beverages business, is shutting two plants in Brazil that produce bottled mineral water, according to a report in NewTrade.

The production sites, which are located in Jundiai (Sao Paulo state) and Nova Iguacu (Rio de Janeiro state) produce bottled water for Bonafont, a major Latin American water brand that has a leading position on the Mexican market.

Over 200 jobs are described as being impacted by the move.

Danone said the decision formed part of a restructuring of its manufacturing activities in Brazil, adding that its other bottled water plants in Itapecerica da Serra (Sao Paulo state) and Jacutinga (Minas Gerais state) were sufficient to handle current demand, and were more profitable to run than the Jundiai and Nova Iguacu facilities.

Danone’s water business in Brazil, which includes a factory in Parana as well as Sao Paulo, Rio de Janeiro and Minas Gerais, reportedly turns over around R$230 million ($56 million) per year.