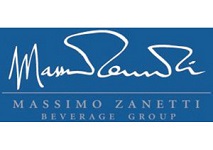 Massimo Zanetti Beverage USA (MZB) has announced that it is rolling out a 100% compostable single serve coffee pod in an effort to reduce packaging waste.

In a move that is described as a first for the USA, MZB said it would convert its entire portfolio of single-serve coffee pods to the compostable PurPod100™ format by the end of the year. The PurPod100™, developed by Club Coffee of Canada, is described as representing a step on from the Filter Cup™ which the company first introduced to the market in 2013 and which was claimed to contain significantly less waste than traditional single-serve plastic cups.

Commenting on the move, John Boyle, MZB USA’s chief operating officer, said: “This is a natural next step for us. We are proud and excited to be the first coffee manufacturer in the U.S. to offer this to our customers”.

The PurPod100™ cup will be introduced first through the MZB brands Chock full o’Nuts®, Hills Bros.®, Kauai Coffee® and Segafredo Zanetti® in retail, foodservice and online channels, the company said.