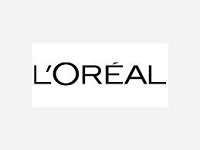 L’Oreal has appointed Marc Speicher as its new global CMO.

Marc Speicher is to take over the role of global chief marketing officer, reporting to executive VP of the Americas, Frederic Roze. Tasked with focusing investment in digital media, he will oversee digital marketing investment and innovation, shopper insight and business development. The role will see him working globally with all four divisions of the cosmetics business.

Speichert takes over as CMO from Marc Menesguen who had been leading the L’Oreal’s brand building efforts following his appointment as president of its consumer products division in July.

The new role is reported to be Speicher’s second promotion in four months, having previously being tasked to head up the company’s marketing efforts across the Americas over the summer.  According to Marketing Week, the appointment comes as L’Oreal seeks to boost is digital presence online. Earlier in the year it had appointing DigitalLBI to lead its media planning.