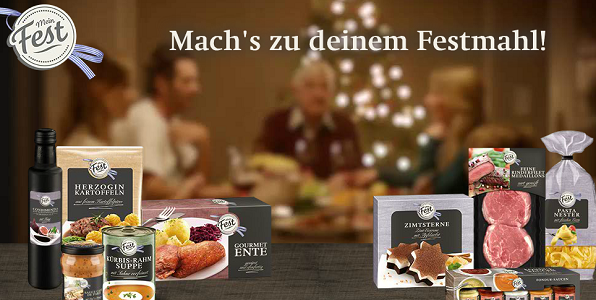 Launched within the last two weeks, the Mein Fest line – which translates as “My Party” – includes more than 140 separate items. Products range from sweet spreads to soups and sauces, home baking products, cheese, desserts, juices, frozen foods, spices, pasta, biscuits and fresh meat and fish, and are planned to be introduced successively over the coming days and weeks. The launch comes as the retailer seeks to exploit the tendency for consumers to trade up over the Christmas period by purchasing more luxury goods.

As part of the launch, Penny Markt has initiated an advertising and marketing campaign that includes promotion via its new Facebook site as well as through a dedicated marketing website. The TV campaign will see adverts on Germany’s premier channels, backed by the slogan “Make It Your Party – with My Party”.

In 2012, Penny Markt launched an entirely new own-brand range as it sought to differentiate itself in the highly-competitive German discount retail market.