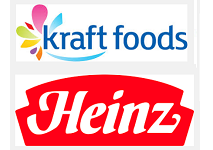 Leading global FMCG manufacturers Kraft and Heinz are set for a merger that will create the third-largest food and drinks company in the USA and the fifth-largest in the world, according to reports.

The merger is set to come about with the acquisition of Kraft Foods Group Inc. by Brazilian private-equity firm 3G Capital, in partnership with Warren Buffett’s Berkshire Hathaway Inc. The consortium had previously acquired Heinz two years ago for $23 billion, before taking the company private in 2013.

Under the terms of the proposed deal, Kraft shareholders will receive 49% of the stock in the combined company, plus a special cash dividend of $16.50 a share. Berkshire and 3G will invest another $10 billion in the new entity.

Commenting on the move, Alex Behring, chairman of Heinz and managing partner at 3G Capital, said: “By bringing together these two iconic companies through this transaction, we are creating a strong platform for both US and international growth.”

John Cahill, Kraft chairman and chief executive added: “We look forward to uniting with Heinz in what will be an exciting new chapter ahead.”

The newly combined company, to be known as Kraft Heinz Co., is predicted to have annual revenues of about $28 billion. The deal is expected to be completed by the second half of this year.