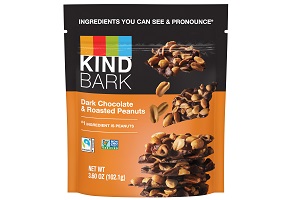 Kind, the snack firm in which Mars has a minority interest, has announced a major NPD push that will take the company into the chilled and frozen space, as well as expanding its range of ambient snacks.

Describing the product roll-out as “its biggest innovation expansion ever”, Kind said all the new items would be made with a “nutrient-dense” food as their primary ingredient.

In the frozen section, the company is launching Kind Frozen Bars, described as plant-based, creamy frozen treat bars made from nutrient-dense nuts, layered with dark chocolate and nut butter, while for the chilled aisle it is launching “smooth and creamy” Kind Nut Butter Bars.

Meanwhile its expansion in the ambient space includes Kind Bark, a snack made from nuts and 55% cocoa dark chocolate, as well as Kind Nut & Fruit Clusters and Nut & Seed Clusters, described as grain-free versions of its existing Kind snack bars.

Commenting on the innovation push, Kind founder and executive chairman Daniel Lubetzky said: “Since day one, KIND has been obsessed with upholding our brand promise – to create innovative, premium foods that are both healthy and tasty. While these categories are new for us, each is consistent with how we’ve always entered new categories – with an eye to creatively elevate people’s overall experience”.