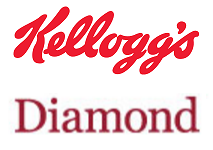 Breakfast cereal manufacturer Kellogg is in “late stage talks” with Diamond Foods over a potential acquisition of the company, according to a report in the New York Post.

The newspaper quoted sources as saying that the value of the deal would be more than $1.5 billion, equivalent to $35 to $40 per share.

The deal would see Kellogg move further away from its traditional territory of breakfast cereals and more towards the more vibrant snacks market, sources added, noting additionally that Kellogg had been the company showing the strongest interest in Diamond Foods and was possibly the only player seeking to acquire the entirety of business.

Kellogg previously purchased the snack brand Pringles in 2012 as it sought to diversify its business against a backdrop of sluggish breakfast cereal sales.