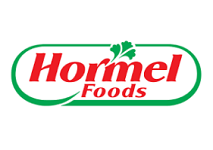 Hormel, the leading US food manufacturer, is expanding its manufacturing operations to Nebraska with the opening of a new factory in Omaha, according to a Food Business News report.

The building, said to be a former distribution centre for the now defunct Shopko retail chain, is set to undergo $60 million of renovations with a view to opening in November of this year.

The new factory will reportedly employ around 200 staff and manufacture goods such as Jennie-O processed turkey, Spam canned meat, and Skippy peanut butter. It will be operated by the Hormel subsidiary Papillion Foods.

The company uses an independent supplier based in Fremont, NE, but has not had its own manufacturing presence in Nebraska up till now, Food Business News stated.