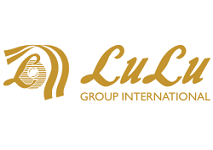 Lulu, the Middle East grocery retailer, has announced its intention to add 20 new hypermarkets to its store network over the next two years, according to a report in Arabian business.

The new stores will reportedly be spread across Abu Dhabi, Dubai and Sharjah, including in Khalifa City, Al Falah, and Riyadh City in Abu Dhabi, Silicon Oasis and Dubai South Mall in Dubai, and Muwaila, Saja, and Umm Al Tarafa in Sharjah.

Commenting on the move, Lulu Group International chairman and managing director Yusuff Ali MA said: “[The] national economy in the UAE depends on several factors that include solid foundations, an increase of purchasing power, and the state of consumer optimism as revealed by the latest indicators and studies. This has encouraged us to further expand in the country”.

Lulu’s planned growth in its domestic market follows an announcement last year of its intended expansion into Egypt.