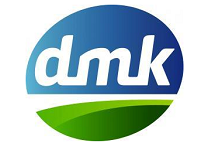 DMK, the leading Germany dairy cooperative, has announced plans to sell its ice cream plant in Waldfeucht-Haaren, North Rhine-Westphalia to retail giant Schwarz Gruppe, which operates the Lidl and Kaufland businesses, for an undisclosed sum.

Describing the move as being part of plans to “streamline its production network in the ice cream business unit”, DMK said the transfer of the factory ownership, together with its 200 staff, would take place at the beginning of 2021.

Commenting on the sale, DMK CEO Ingo Müller said: “Germany’s biggest dairy cooperative, with brands such as Milram, Humana, Uniekaas and Alete, and one of the biggest suppliers to the German food retail industry, should continue to develop into a strongly market- & consumer-oriented company. And to position ourselves for this in the best possible way, one thing we need to do is to further optimise our own production network”.