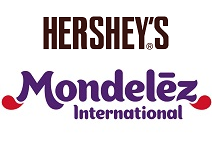 Hershey, the US chocolate firm, has announced that it has rebuffed a takeover offer from global snack and confectionery firm Mondelez International.

The Pennsylvania-based firm confirmed that it had received a preliminary, non-binding indication of interest from Mondelez to acquire the company for a mix of cash and stock consideration worth $107 a share of Hershey common stock, or $23 billion in total.

A report in Reuters said that any combined company would benefit from Hershey’s strong presence in the US and Mondelez’s significant international presence. The two firms, respectively, are fifth and second globally in the confectionery market, the agency adds.