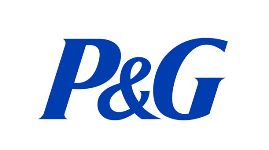 Henkel and Coty have made offers to buy separate parts of P&G’s beauty businesses, worth up to a combined $12 billion, according to a report in Reuters quoting “people familiar with the matter”.

The sale of one or more personal care assets would be in line with the stated strategy of P&G’s new CEO, AG Lafley, to focus more on the company’s core business, Reuters continues.

Two private equity firms are reportedly also in the running to acquire various parts of the P&G business, according to the Reuters article, with Clayton Dubilier & Rice LLC showing an interest in P&G’s cosmetics arm and Warburg Pincus LLC contemplating a move for both P&G’s cosmetics and fragrance units.

P&G’s haircare, cosmetics and fragrance divisions are said to be worth an estimated $5-7 billion, $3 billion and $2 billion respectively.